Stay up to date with the latest news and information

The East Coast Eagles Australian Rules Football (AFL) Club are the premier senior sporting club in the Hills District of Sydney, competing in the Sydney AFL competition. The Eagles were formed in the year 2000, being born out of the highly successful Baulkham Hills Junior Football Club. The club has a rich history and proud track record in the AFL. 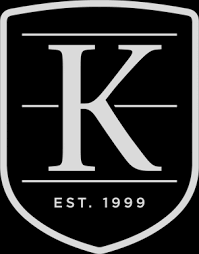 In 2012, after winning three successive AFL Sydney Premier Division Premierships in 2009, 2010 and 2011, the Club was invited to compete in the NEAFL (North Eastern Australian Football League) as the Sydney Hills Eagles.  It competed well in 2012, 2013 and 2014, however a decision was made to return to the Sydney AFL from 2015 onwards.

In 2015 the East Coast Eagles entered teams in the AFL Sydney competition competing in Premier Division, Division One, Division Three and the Under 19’s across the city of Sydney, New South Wales. Premier Division had a wonderful season, but fell short at the last hurdle on Grand Final day.

However in 2016, the Eagles again finished as Minor Premiers, but, this time went all the way with a courageous and history defining Grand Final victory over St George by 41 points.

In 2017,  the introduction of Women’s football to the Eagles was welcomed with our first Ladies team, which was entered in the AFLW Sydney Division One competition. The side played superbly all season, however, were beaten in the first week of finals.

In 2019, we made a major splash in the Women’s competitions, by seeing our Div 1 team upgraded to Premier Division. Also, we welcomed a second Women’s side this season, competing in Division Two. This was a very successful transition for our women’s program, with the Premier Division side reaching the Grand Final, going down by a goal to Macquarie University. Whereas, the Div 2 side won their Grand Final, defeating Macquarie University by 46 points in a triumphant affair, earning East Coast a historic maiden Premiership in Women’s competition.

In 2021, we introduce our third women’s team, another fantastic advertisement for women’s sport in our community, and reward for the hard work of our board in developing and promoting the women’s program at the club. Also in 2021, we gain a new head coach for the Men’s program in Damien Truslove, who is looking forward to a bright season ahead.

As always our home ground is the superb Kanebridge Oval within the purpose built Bruce Purser Reserve at Rouse Hill. With its magnificent playing surface and ongoing spectator improvements, Kanebridge Oval provides first class facilities for players and fans of all clubs and the local community spectators who come in to watch high quality AFL footy.

Welcome to our website and we invite you to take a look around and enjoy reading about the Club’s history, social events, match reports, Life Members and just keeping up to date with all the news and when the next home matches will be at Kanebridge Oval.