Since our last update in mid November the pace of change within the football club has been frenetic.

An “Information Update” evening was held last Wednesday at which a large contingent of players, members and supporters filled the room, such is their interest in the “re-formed” East Coast Eagles.

The Club was proud to announce that the oval within Bruce Purser Reserve has officially been re-named to Kanebridge Oval in recognition of the three year naming rights deal recently concluded with Kanebridge Limited.

The East Coast Eagles are thrilled to have gained the support of the Kanebridge Group for this period as part of our rebirth in the BLK AFL Sydney Competition.

Managing Director Marwan Rahme commented on the agreement reached with the club and noted the following:

“At Kanebridge we love to support local community teams in any sport and we are proud to have the Eagles play at what will be known as Kanebridge Oval for the next three years.  Kanebridge owes a lot to this area and the Hills region will forever be engrained in Kanebridge’s future. We hope many of these juniors and senior players go on and represent the biggest teams around this Nation, but never forget where they came from.  Being a part of East Coast’s return to the BLK AFL Sydney competition is something we are looking forward to along with a successful partnership both on and off the field.”

This partnership strengthens the East Coast Eagles as we move back into the BLK AFL Sydney competition and we look forward to building a strong successful club and culture once again. 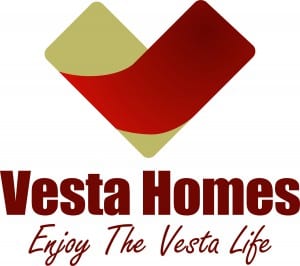 In addition we also welcome Vesta Homes who have newly partnered with the Club and whose name and logo will be proudly displayed on the back of all our football jumpers for the following two years.  As their logo says, come along and “Enjoy the Vesta Life” in season 2015 with the Eagles.

The corporate name of PMA Solutions will be familiar for many from our previous days as the East Coast Eagles. We’re delighted to announce that Phil Okill and his team have buy provigil brand returned this year to once again have their logo on the front of the playing strip. In 2015 it will under their associate company of www.issd.co

Bruce Mansfield from Mansfield Corporation is another new sponsor for 2015 and his company name will take pride of place on the shorts for all teams. Thanks Bruce and a big on board welcome from the Eagles.

The footballs to be chased around out on Kanebridge Oval will become very sought after this season with the KFC logo proudly emblazoned on each one.  KFC, through franchise store holder Greg Fisher, have partnered with the Eagles for the last two years and they too are delighted to be back on board in 2015.

Jatec Transport are continuing with East Coast for the fourth year in succession and we sincerely thank Troy and Jane Barlow for their wonderful ongoing support. Please give them a call on 1 3000 JATEC for all your transport logistics.

In addition individual personal Sponsorships are being sought by the players which provide great benefits to each party.  If you need a Player Sponsorship proposal, or are an individual or company wishing to sponsor a player, please give Rod Frost a call on 0418 452589.

And lastly we have returned to the “good old East Coast days” where we had every home match sponsored across each of the nine home games.  Again if this appeals to your company or someone you know, please also give Rod a call on the above number.

In 2015 and beyond East Coast are reverting to mirroring the West Coast Eagles on field jumpers, but with our own local sponsor partners.  At home the Eagles will wear the royal blue jumper which these days West Coast wear as their away jumper. For non home matches our away guernsey for Premier and Division One will be the current West Coast home jumper which has the three vertical navy, white and gold strips with the large Eagle.   Division Three and the Under 19’s will wear the royal blue jumper in all matches.

All merchandise is totally brand new with warm up tops for players and off field polos and caps for all. As time permits throughout the season we will also take orders for other Eagle branded clothing.

Thanks to these generous sponsors and the hard work of your Board the financial position of the Club is looking a lot healthier than it was at the time of our last update. There is still a long way to go however, but the Board is very confident of the future and has a clear and precise plan that shows we are travelling in exactly the right direction.

The season starts with Round 1 at Kanebridge Oval on Saturday April 11th when we meet the reigning Premiers Manly in Premier Division at 2.10pm.  This should be a fabulous game of footy with both clubs keen to start the season off with a win to establish a foothold for the rest of the season. Other games on this day are Div Three v Sydney Uni at 10.00am, Division One (Reserve Grade) v Southern Power at Midday and Under 19’s v Manly at 5.00pm.

Perhaps the biggest day in recent history looms on Saturday July 4th at Kanebridge Oval when the Eagles host their annual “Back to Baulko” event. Perennial arch rivals Pennant Hills will be our guests as always on a day which usually has everything …. and more!!  Already Social Media has been working overtime and at the time of writing we expect up to 130 past players to be on hand with friends and family.

These guys will join with our regular supporters and those from Pennant Hills to witness four great games of football between the Eagles and the Demons. The big one is at 2.10pm so set your iPhone calendar now so it reminds you to get there early on July 4th.  It’s Independence Day in the USA and no doubt fireworks will also be on the card at KO.

We are inviting local junior clubs to have their Auskick kids play a game at half time of each Premier Division home game in 2015 and equally at the other end of the night we have made the ground available to the North West Redbacks for Masters matches under lights.

Catering this year will be under the leadership of Richard Lee who will once again have the famous Heathcote Mark II mobile BBQ front and centre churning out the best food in Sydney footy.

See you there for an Eagle burger real soon ….