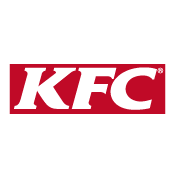 The group consisted of a mixture of familiar faces and several new faces that promise to add increased depth and talent to the Eagles’ squad in 2014.

The session was also the first viagra online under new Senior Coach Michael Sankey who has made his mark on the group from the first whistle.

Along with skills and ball-work, the group also completed a gruelling 3km time trial that promises to be the first of many endurance tests across the summer.

Sessions continue every Tuesday and Thursday at Tom Wills Oval, Homebush, until Christmas.