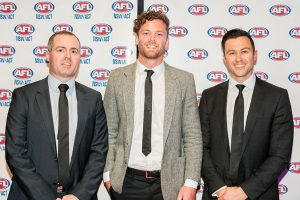 The Phelan Medal is awarded by the umpires to the Fairest & Best player in the Premier Division of Sydney football. Jack played just 12 games this year and polled 17 votes to win by one from UTS’ Jai Lyons with North Shore’s Sam Carruthers in third spot.

The Eagles were well represented on the main board with Kieran Emery 4th, Andrew McConnell 7th and Dean Costello coming home 9th.

Jack started his career with the Eagles in 2008 aged 15, playing U18 footy with Peter Steer’s squad. Coming straight from the Baulkham Hills junior 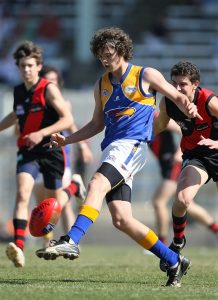 club, JD started in the Eagles’ Challenge Cup team and after just three games there Steery saw the emerging talent and he was immediately promoted to the U18 Premier Cup team, as it was known in 2008.  Jack went on to become an integral member of that side’s September Grand Final against North Shore.

In 2009, Glenn Garner invited JD to undertake a full pre-season with the senior squad, a decision which clearly paid enormous dividends as he went on to play 19 Premier Division games out of a possible 20 for the season. The 19th time he pulled on an Eagles jumper that season was in the Grand Final and he was able to hang a Premiership medal around his still 16 year old neck.  Jack finished 11th in the Club Champion Trophy with 36 votes and was acknowledged as the West Coast Eagles sponsored Rising Star for 2009.

By this stage others were beginning to recognise the Dimery kid’s talent. Representative duties only permitted Jack to play 11 games in 2010, however as most Eagles’ fans are sure to know, the last game of the season was a Back to Back Premiership win and JD loomed as a large presence in that side.  It was also in 2010 that Geelong offered Jack a two year scholarship which would enable them to monitor future development for a possible future priority draft choice. In December of 2010 he turned 18 and could now legally celebrate his Back to Back Premierships wins during the summer with a quiet drink. 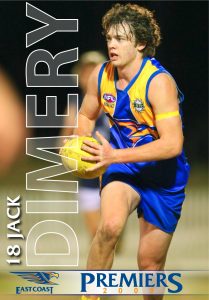 In 2011 he played in 18 of the possible 20 matches and was still yet to play a Reserve Grade match. Or, believe it or not, poll a Phelan Medal vote in the 48 matches of his First Grade career so far!  His third senior Premiership arrived this season with a stunning display of power football in a dominant Eagles side that tore Balmain apart.  Good judges thought so as well, when Jack was awarded the Rod Podbury Medal for “best on” in the Grand Final. At Presentation night JD stood on the podium when he finished third in the Eagles’ Club Champion voting.

2012, 13 and 14 were years in which Jack had the opportunity to get noticed buy provigil london when the Eagles entered their senior team in the new NEAFL competition. Playing regularly against the Swans, Giants, Lions and Suns’ Reserve Grade teams, along with very strong club sides from Queensland, NT and the ACT meant that players were under extreme pressure to perform in the hope of impressing the band of AFL recruiters who followed these matches religiously.

During the three years of the NEAFL Jack notched up another 50 First Grade Eagles’ matches to take his career tally up to 107 by the end of 2014, which was the last time the Club entered a team into this contest. However his dream of being drafted was not happening.

The Eagles returned to the AFL Sydney Premier Division in 2015 and another highly consistent 18 games rolled out from under the Dimery boots. Not only that, but he came within a whisker of becoming the Club Champion when Trent Stubbs pipped him by 68-63 votes.

Somewhere in JD’s sometimes complex mind was still the idea of being drafted. “Just how can I get that done”, he must have asked himself a dozen times. Towards 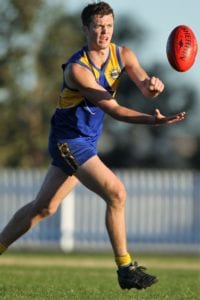 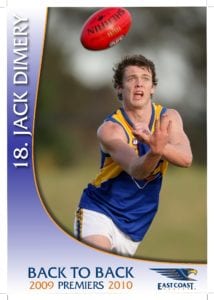 the back end of 2015 he secretly put his name forward to Foxtel for inclusion in the possibles list to be considered as a final candidate for The Recruit on Fox 8. He held his breath as his name continued to remain on the producers’ paperwork, as others were progressively banished from it.

Suddenly he was in the final 100, then 40 and to his eternal credit our Jack did enough to sneak into the final 15 ready for the show. Now it was up to him. But the Eagles would lose him for a reasonable part of the 2016 season.  Just how long would depend upon his progress in The Recruit.

He turned up out of the blue one day from Melbourne just in time to be included in the Round 5 side against St George and starred in that game. As he did in many to follow for the 2016 season. He played the next eleven matches and this time the umpires noticed Jack’s true flair and talent which had been truly enhanced by the nine weeks spent with Mick Malthouse, Ben Dickson and Darren Burgess during the show.

On September the 12th Jack Dimery won the 2016 Phelan Medal. Although players say it is “just an individual honour”, this time it really is a true reward for the kid from Baulkham Hills, now aged 23 and mature beyond his years.

His next test is with his team mates on Saturday at 3.15pm when East Coast take on St George in the 2016 AFL Sydney Grand Final.   Good luck to all 22 players who pull on the Eagles’ jumper in the quest for the Club’s fourth senior Premiership since the year 2000.

Jack was only seven then by the way ….. 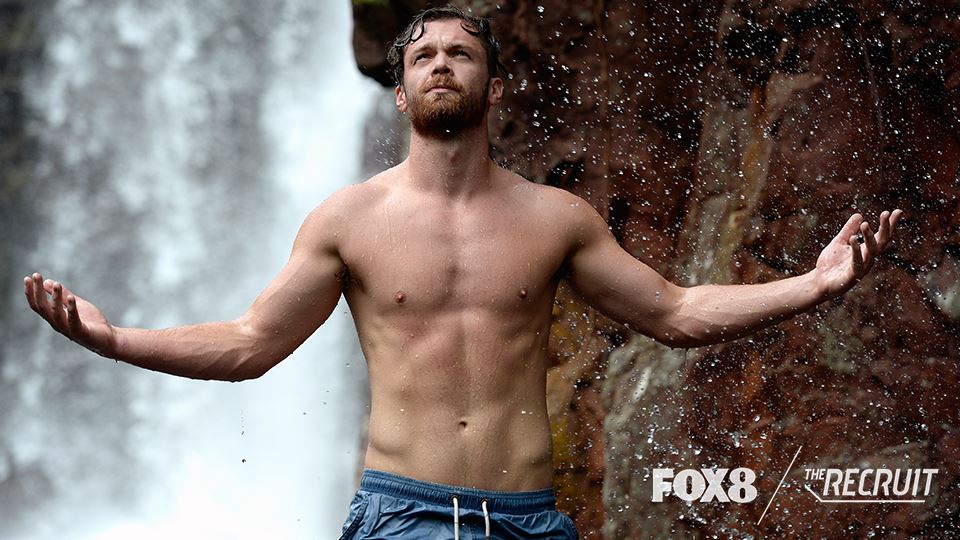 Photo courtesy of Fox 8 and The Recruit Facebook page