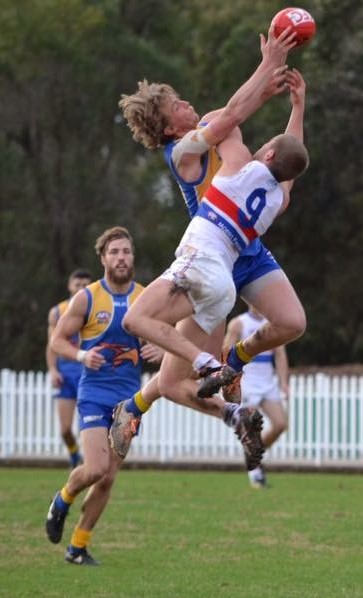 One of the benefits of finishing top of the ladder at the end of the minor round is a week’s break between the last home and away match and the second semi-final.  The Eagles have earned that right, despite a four point loss to North Shore in Round 18.

Last Saturday’s qualifying final between St George and UTS saw a 32 point victory to the Dragons which provides a second semi matchup this coming Saturday between the two most dominate sides of the 2016 Premier Div competition.

The Eagles were victorious on each occasion the two clubs met during the minor round. In Round 5 at Olds Park, East Coast held on to win by five points after establishing a 27 point lead at quarter time. Whilst in R12 at Kanebridge, St George raced away to a four goal break at quarter time, but failed to hang on to that lead, kicking only four more for the duration cheap cialis in sydney whilst East Coast slotted through 11 goals to win by 19 points.

It’s a late start to the match on Saturday September 3rd at Blacktown International Sports Park. The siren will sound at 5.00pm to start the Premier Div game, owing to two NEAFL semi-finals being played earlier in the day.  If you’re a Giants or Swans supporter with nothing to do on Saturday because there is no AFL football on across the country, then why not head out to Blacktown to get your footy fix?

$10 admission will get you the following line up of matches:

See you out there, wearing plenty of Eagles’ blue and gold …..

Women’s footy arrives at the Eagles in 2017