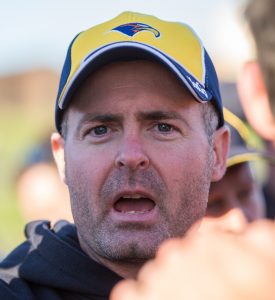 The East Coast Eagles are proud to announce the re-appointment of Michael Sankey as Head of Coaching and Premier Division coach for the 2016 season.

Michael coached East Coast’s NEAFL side in 2014 and again took the reins in its return to the AFL Sydney competition in 2015. Although the Eagles were buy cialis levitra unsuccessful in this year’s Grand Final, the Club is keen to have Sankey continue in the role of leading football development at Kanebridge Oval.

Applications are open for the coaching positions for U/19s, Division 1 and Division 3 via an email of your Football Resume to " target="_blank">

Applications are open until 5:00pm on the 9th of October.