The Sydney Hills Eagles held their Club Champion Night on Friday September 5th at the Novotel in the NorWest Business Park.

195 people were in attendance along with special guest Trevor Nisbett – CEO of the West Coast Eagles, Sponsors, Sydney AFL guests, players and supporters.

Before getting down to the business of presenting Club Awards and Best & Fairest winners across four teams, incoming President Peter Physick addressed the function to give an update on the Club’s position. An earlier press release in July had announced the news that the Club would be leaving the NEAFL competition after three years, to return its senior side to the Sydney AFL in 2015. He also confirmed the Club would be returning its name to the East Coast Eagles AFL Football Club.

Physick spoke of the great enthusiasm within the Club to ensure that all teams will be competitive and how excited all players and supporters are to be returning to their roots in Sydney footy.

Trevor Nisbett then recounted the journey the Club has been through over the last three years. “It has been a learning experience for everyone” he said. “Although it may not have worked out for the best, it will make the Club even stronger in its return to Sydney AFL action.”

The balance of the evening distributed individual honours within teams and importantly also recognised our hard working volunteers. An anonymous quote which says….. “Volunteers do not get paid. Not because they are worthless, but because they are priceless” describes how volunteers in all sporting clubs should be thought of.

NEAFL coach and 2015 buy provigil 200mg Premier Division coach Michael Sankey closed the evening with a wonderful address to the room during which you could have heard a pin drop. Michael related his experiences of how loyalty within football clubs brings players and teams together for decades to come.

Our thanks go to Gavin Lawrence for not only his organisation of the night, but also for his wonderful video production which tantalisingly unveiled all voting and subsequent winners on the big screens within the venue.

The East Coast Eagles are very much looking forward to renewing our association with all other Sydney AFL clubs who we will play in season 2015 and beyond. 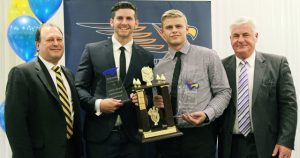 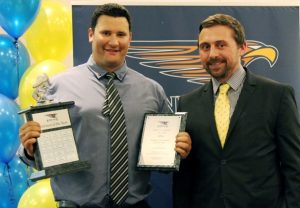 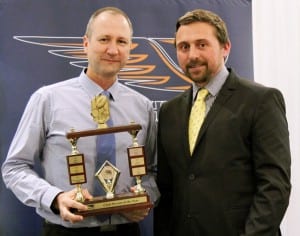 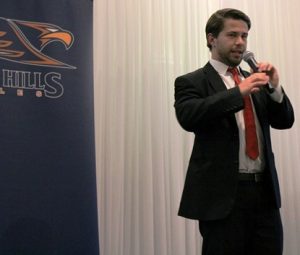 Update from the President – November 13th, 2014
Scroll to top