In 2022, we are offering our East Coast Eagles players some fantastic player sponsorship packages. These deals will well and truly be of premium benefit players, sponsors and the club as a whole.

We cannot wait to see what Damien can bring to the Nest in 2022.

See link below for more details on this news, and to learn more about Damien.

Damien Hall signs on to coach East Coast Eagles in 2022

The East Coast Eagles are excited to announce that Renee Tomkins will assume the role of Head coach of our Women’s Premier Division team for 2022.

Renee or as she is known around the club – Tonks – was the first marquee women’s signing to the club in 2018 after finishing her playing duties in the AFLW with GWS.

Renee will take over the job from Ash Moeller whom has earned a fantastic opportunity with the GWS as a Development coach in their AFLW program. As the first female head coach at the club, we are excited at the opportunity to work with Renee on her coaching and development in the role on and off the field. Renee has an abundance of support within the club and with her leadership on and off the field, season 2022 is set to be a very successful one for the EAGALS.

The club are pleased to announce the recruitment of Alice Mitchell, who will join our women’s program next season.

As an up and coming star Ruck, Alice is sure to add a new dimension to our already sensational women’s teams.

See link below for more details.

Every year in the AFL, popular all-time greats of the game hang up their boots and say farewell. This season, the likes of Eddie Betts, Shaun Burgoyne and Bacher Houli called it a day, and it has been sad to see them go. However, we here at the Eagles have also seen some of the greats of our club retire this year, and it is important we take the time to honor the contributions and impact they made at East Coast.

From everyone in the East Coast Eagles community we want to wish Matthew Scholz and Ben Bourke well in their retirement.

See below links for our tributes to our retiring legends. 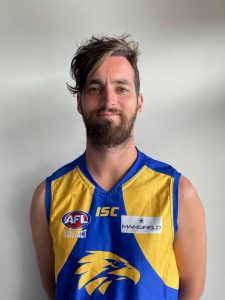 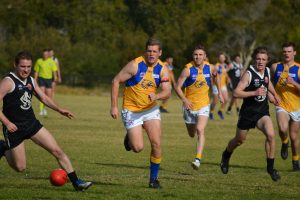 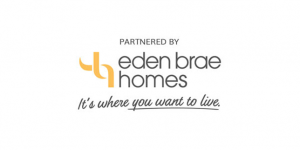 The East Coast Eagles are on the lookout for Coaching Applicants for the 2022 footy season.

See below for more details.

This week the East Coast Eagles want to announce that Premier Division player Kurt Garnett will take on the role of Head of Strength and Conditioning Coach at the club.

We look forward to watching Kurt develop in the role. Congratulations Kurt.

See more details by clicking the link below.

Somebody throw in the towel.

After pausing the for a week due to the Queen’s Birthday long weekend, our EAGALS returned the Prems Womens league to formalities, once again reigning as the true Queens of the competition. Our opposition this weekend was Macquarie Uni, a side which we have had many fierce battles with over the years, but this was not one of those affairs.

As I have made it known before, I am really struggling to find new ways to describe how well this side is playing. It is as close to perfect a footy team can get, and there are truly no signs of us slowing down.

Turn up, dominate, repeat. This is the mentality that opposing teams are dealing with right now. Scary, isn’t it.

The game was played under lights, with plenty of wind still around at Kanebridge Oval, making for a contest with testing conditions. This factor threatened to even the match out a little bit, but Maq Uni had no such luck.

We started the game positively, and never looked back, as the game was essentially sealed after quarter-time with our EAGALS leading by 4 goals, 28-1.

Maq Uni have struggled to hit the scoreboard for the majority of this season, and whilst they tried hard in defence, it was just so difficult to stop our mounting wave of class in attack. Our Half-Time lead extended to 34 points.

It was more of the same in the second half, with our EAGALS keeping the foot on the gas, battling through the tough conditions to maintain momentum for the entire match. A 49 point lead at 3QT became 60 by the final siren, and another win was locked up for our EAGALS. Had we kicked a little bit straighter, the margin would have been even bigger, but we weren’t fazed.

Our EAGALS are well and truly flying high. With this win, we have officially achieved a PERFECT 10.

Renee Tomkins was a wall at half-back, and is in scintillating form producing another BOG performance. Jordy Jollife was tremendous as well, kicking 3 goals on her return from injury, showcasing an unbelievable work rate which especially impressed Coach Ash Moeller. Our key players stood up once again, with Tarni Evans, Em Hurley and Chloe Arndt having typically strong showings. Rylee McGartland added 3 goals to her rising league-leading tally.

We face Manly in a top of the table battle next week, and it is sure to be an epic contest.

After the Queens Birthday long weekend, the Sydney AFL was ready to rock’n’roll once again, and our Mens Prems side were feeling refreshed and excited heading into the second half of the season.

Our opposition for this game was Camden, a side who have yet to post a win this season, but a side who no matter their form-line always look to bring a tough fight on gameday. With our previous matchup against Camden in Round 3 being our only win thus far this season, we definitely backed ourselves to pick up the victory in this one as well.

In addition, this game had plenty of meaning for our side, with two very important player milestones being celebrated. Tommy Zdrillic was playing his 100th game, whilst club veteran (feels weird calling him that) Aaron Drinkwater playing his 150th game for the club. Drinky has been the measuring stick at our club for years now, a fine leader and passionate player that our group looks up to. Both blokes put their head over the footy and live our club values each and every weekend, so congrats on the milestones boys.

We sought to play the match on our terms early, kicking with the wind. We went forward plenty of times in this period, winning 10 Inside 50s, off the back of some good run from our defenders and on-ballers. Nathan Coxall slotted the first goal of the game with a cheeky right foot banana, in a highlight of the first quarter, which ended with us 13 points in front.

Coach Damien Truslove was pleased with our start but concedes the second quarter was very disappointing “we lost the hunt far too often, and conceded too many uncontested marks”. This allowed Camden to seize momentum, and as the confidence team they are, it was very hard to stop them. Camden were flying in the second quarter, blowing us away with 5 goals to nil.

We had to bounce back, trailing by 18 points.

Luckily, we did hit back both in the stoppage contests and on the scoreboard. This lifted our energy, and we let it show, kicking 6 goals to nil. 19 points in front at 3QT, but we could not afford to switch off.

The last quarter was a tough challenge, as Camden were kicking with the wind, which would be a big factor in the result. However, we combated this fantastically, hitting the scoreboard with strong significance once again, closing out the game to win by 35 points. This effort was made all the more impressive considering we had no rotations due to more injuries, in the last quarter.

Bailey Stewart was impressive with 4 goals, but some of our younger stars in Kyle Spencer, Ethan Grace and Jayden Rapley were especially good in this game.

Youngsters Cam Wood badly hurt his nose in a moment of friendly fire with a teammate, whilst key defender Corey Dowle broke his collarbone in a nasty incident early on.

This was not a pretty win at all times, but it is a result we will take in our strides. We had better get used to the wind as well, as we face Manly at the always tough to play at Weldon Oval next weekend. We need a strong training week in preparation to get ourselves ready.