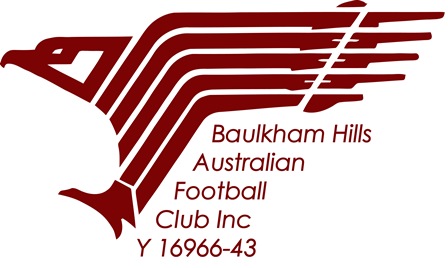 First and foremost a huge thankyou to the more than 1,500 people who were at Kanebridge Oval last Saturday for the annual “Back to Baulko” day against Pennant Hills. To say it was a huge day is an understatement. It’s not often you can go the local footy and buy an apartment, or enquire about having your new house built. Or get the kids faces painted before they play on the jumping castle. Or receive continual piping hot food fresh from the BBQ when such a crowd is present. Or watch 80 kids from the Magpies / Eagles Academy have some fantastic fun at half time and entertain the punters headed up by some “old boys’ in Falcons’ jumpers. 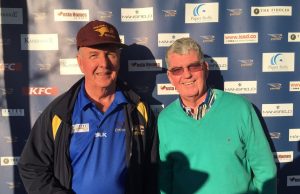 And those punters certainly enjoyed the day. From the large Demons contingent on hand to support their Club, to the hundreds of past players from Baulkham Hills and East Coast, to the current day supporters of the Eagles who are always at Kanebridge on home match days and of course our fabulous sponsors who watched their teams win three of the four matches, everybody had a hoot.

Thankyou to all the helpers who lent a hand when it was at its busiest. Names should not be mentioned for fear of missing someone, but without you we could not have managed to produce a day which created the largest crowd we have seen at a home and away match in Sydney for decades. It ran like clockwork and if we can do it even better in 2016, we will.

The main bout was the BLK AFL Sydney Premier Division Match of the Day between “Baulko” and “Penno”, which by the way was how the scoreboard depicted the team names all day.  At 10.00am Div Three kicked off in front of an audience you would love to have for any Premier Division game. The dual car parks were already full and the temperature of the beer was being tested early. Third grade loved the opportunity to play in front of such a crowd that was very different to the handful of diehards who are usually there at that time of morning.  They responded in kind and the result was never in doubt when they went on to inflict defeat upon the Demons. Jared Patira was superb with nine goals.

U19s relished the chance to play the curtain raiser to Prems and without doubt put in their best performance for the year to date. A tough season for them so far, but they learned plenty last Saturday when they held the elite Penno outfit to just a 14 point lead at half time. The margin widened in the second half, but it was a great lead-in to the big one the crowd had come to see. Well some of them anyway. The Back to Baulko reunion element often took precedence! 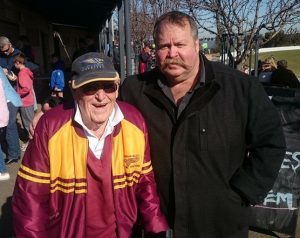 After a fitting buy viagra register eulogy and 41 seconds of silence for Phillip Walsh, Michael Sankey’s boys endured a tough first term when at quarter time the margin was just 13 points. But as has happened each week in this season so far, the Eagles progressively increased their lead the further the match went on and ran out winners by 10 goals to retain the Warren “Pops” Quintrell shield.  And on such a big day it was fabulous to have 91 year old Warren on hand to personally present his shield to the winning skipper Jon Vlatko.  Warren (left) is pictured with club stalwart Gary Delaney.

By this stage the lights were on and the ground had moved into twilight mode, further increasing the spectacle of the event. The rooms were packed with supporters as everyone who could fit in was invited to join the players to sing the song which brought back so many memories for the old boys who even had to put down their beers to wipe away the tears. The victory took the Eagles 1½ games clear at the top of the table.

The day was not yet finished as the “Ressies” matched up in the last game. Eighth against second was an imposing task, particularly considering the Demons had beaten the undefeated Balmain the week before. Inspired by the veteran Rodney Frost, who had done so much to raise the profile and publicity for “Back to Baulko”, Frosty and the Two’s came out all guns blazing and to be honest the result never looked in doubt. Several hundred people were still in the house and the support was amazing throughout the whole game. If the tempo could possibly increase at all, it certainly did when R Frost kicked a couple of goals and used his experience to shepherd the lads home.

And suddenly the day had come to an end.  Or at least the footy had. The marquees came down, the terraces were cleaned up, the canteen manager counted his money and the Kanebridge sales team went home very satisfied after a fabulous launch of their new north Kellyville development called the Hugh. But the lights stayed on just a little while longer to allow those who still needed refreshments to reflect upon what had been the best home match day in Eagles’ history. Justice Crew’s “Best Night of My Life” belted out over the PA system to acknowledge that fact.

The Fiddler then had the pleasure of many until 2.00am….. 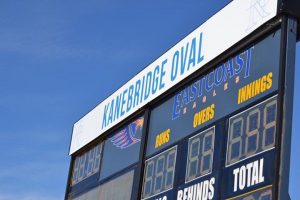 Kanebridge Oval was built to last

This week it’s off to Olds Park for their “Back to St George” day whilst Div Three head to Sydney Uni.

PPS        Whilst on the website check out the story about the Eagles’ Black Tie Ball on July 18th in Dural. We’d love to see you there to support the Club and have a ball.  You might even decide to be hypnotised!!