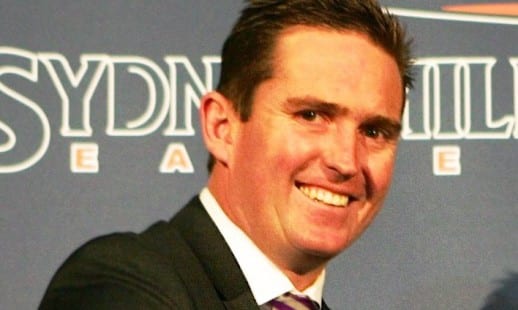 With ‘Back to Baulko’ Day approaching this Saturday we ask Rodney Frost for his views regarding the day. Rod has played 355 Club Games, made up of fixtures for the Baulkham Hills Falcons, East Coast Eagles and Sydney Hills Eagles.

This day has the potential to be the day of the year for both footy clubs. When else do you work hard on the heritage of the club and re-engaging the past people in an active manner. Both teams know of the severe rivalry and desperation to win against the clash of the hills. A lot of players have played against each other since they were 6 and 7 years of age and the rivalry buy provigil carries right through from then. Traditionally in Seniors Penno were the only real club we played in Juniors that carried on to Senior football.

It’s a day that makes the hair on the back of your neck tingle, a day that you prepare more than ever for and a day that you must win. Losing is not an option against Penno and it is a day when any team can win as men push themselves through their mental and physical barriers… I’ve seen people (from both sides) play through all sorts of pain in this clash but I’m sure they wouldn’t against another side. It is a spectacle that must live on.