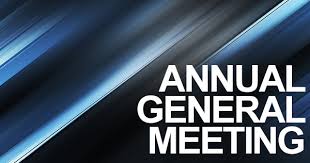 A reminder to all Club Members of the AGM to be held next Monday night (December 7th) at The Fiddler.

The official Notice below is reproduced from the 2015 Year Book distributed on 31/10/15.

Notice is hereby given that the 2015 Annual General Meeting of the East Coast Eagles AFL Football Club Inc. will be held at the address above on Monday December 7th 2015.

The main purpose of the AGM is to elect nominating Club Members to the positions to be filled on the Club Board and the various committees to be outlined on the night.

Details of positions to be filled are as follows:

The appropriate form to nominate for a position on the Board of Directors can be found here.

Please complete and e-mail the signed fully completed document to

We look forward to seeing all interested Club Members on the December 7th 2015 at the Fiddler to ensure that the 2016 Board is fully supported by committed and energetic people.

All members who attend and wish to vote must be financial Club Members.

Membership applications will be available on the night and prior to the night here at the East Coast Eagles website.