On Tuesday the 25th of February we held our Annual General Meeting (AGM) as we quickly approach the 2020 season. There was a fantastic turn out, the meeting well supported with the largest attendance since the NEAFL days.

This year the AGM was highlighted by the election of a brand new Club President, as the football club transitions into new leadership under newly inducted President David Arndt, taking over from past President Jon Gawley, who shall remain on the board, however, in a different role. The remaining board members for the 2020 season were also elected.

From the outgoing President………..

“I have agreed to take on a new two year term as finance and sponsorship coordinator, and my role will be more in the background after my three wonderful years as Club President (2017-2019). In this role, I look forward to continuing to support and work with my connections, with the ambition to strongly navigate us into the future as the strongest football club we can be. Cheers.”

From the incoming President………….

“I want to begin by saying I am extremely proud to assume the role of President at this football club, a place which has become a massive part of mine and my family’s life over the years.

Some background about my career at East Coast: After 10 years and becoming a life member of the Kellyville/Rouse Hill Magpies Junior AFL Club, I came on board in 2012 to manage the Under 18s Eagles side in which my son Cameron played in under Coach Peter Steer. I held this role for the 2013 season as well.

In 2014 I managed the Premier Division side again under Coach Peter Steer, and later in years 2015, 2016 and 2017 under coaches Mick Sankey and Jamie Vlatko.

It was also during this time, that then President the great Peter Physick approached me to join the club board as the Director of Football Opeartions a role I held in 2015.

In 2016 I took the role as Junior Liaison, whilst also working tirelessly on planning and putting into practice the introduction of a Women’s football program for the Eagles (aka EaGALS), and in 2017 my dream became a reality.

From there the thriving Women’s program fell under my role at East Coast and I am extremely proud of their achievements thus far: playing finals footy in every season, establishing two teams with one joining Premier Division in 2019 which was coached under Peter Steer & played in a fantastic Grand Final in the same year, unfortunately coming up agonisingly short (on the bloody siren!!) against Macquarie University, the Division 2 Women’s side winning last year’s flag under Coach Damon Steer, and this year with the emergence of a third Women’s side.

In terms of my goals and expectations for my Presidency, I want to continue the great work carried out by Jon and previous presidents to drive the East Coast Eagles back to being the number one football club in the Sydney AFL. With all three of my children playing football at this club, the Eagles have become a very big part in of my family’s life.

Furthermore, even though from the outside in it may seem like all aspects are covered for from a board’s perspective, I must stress the success of this football club will not grow without volunteers. Especially now housing seven teams, we need and will continue to need the dedicated help of the playing group, partners, parents and any other assistance we can have at the club.

Finally, since the establishment of the women’s program at this football club, it has always been my ambition to operate as a collective playing group with a one club mentality and I can’t wait to see what the future holds for this club.

Looking forward to a successful tenure as the President of this wonderful football club, bring on 2020.” 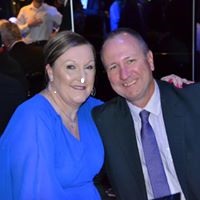 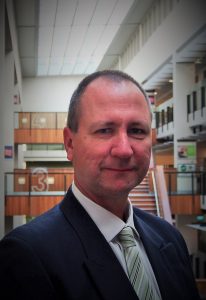 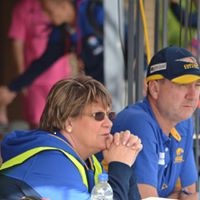