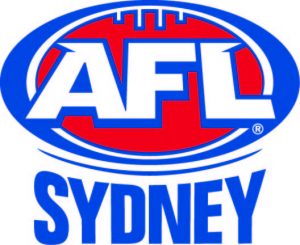 AFL Sydney is pleased to announce the re-appointment of Roger Moten as the Senior Coach of the 2015 Sydney Men’s Representative side.

Roger returns to the head coaching role after a very successful 2014 program which saw AFL Sydney finally return to the winners circle when they defeated AFL Canberra 14.21-105 to 5.8-38 in the nations capital last year.

Moten has a long list of coaching credentials to go with the success he had last year with the side.

Building on the platform of pride in selection which he instilled strongly with the players last year will be Moten’s main motivation in his second year in the role.

“The most important thing I can come in and do is once again deliver a program that is built around the honour it is to represent your peers…and the competition you play in.”

Moten brings with him a strong teaching philosophy, with an emphasis on understanding team structures. With that, the selection panel will again be looking to select players purely on form and willingness to represent. This philosophy was extremely successful last year leading to a brilliant program.

“As we showed last year, it’s all about picking players who are in form at the right time of the year, reputation means little.”

After securing the Carter–Jesaulenko Shield order cialis no prescription canada last year, the senior AFL Sydney team will one again take on rivals AFL Canberra, this time on home turf at Blacktown International Sportspark over the June long weekend.

With significant changes to the NEAFL competition in the off season, in particular in Canberra (with two of their sides returning to AFL Canberra), AFL Sydney can expect a much tougher match this year with a host of high quality players again playing in that competition. AFL Sydney though have been boosted by the return of East Coast Eagles to it’s competition meaning a good number of additional quality players being eligible for selection this year.

“I am extremely pleased to have Roger on board once again with his experience and passion,” says Graham. “It’s a big tick for the program”.

“2014 was a significant year for representative football for AFL Sydney and the main catalyst for this was Roger. With the platform laid last year including  a real changing of the guard taking place, the future of rep footy looks bright under his direction.”

After revamping the program last year with excellent results, Graham is confident once again of great buy-in from clubs and their players – making for an experience that will be looked back on as a proud career highlight for those involved.

“Clubs will have again have significant involvement in the program, with club coaches having real input to suitable players, keen and in form.”

With the head of the team now in place, assistant coaches will be announced in the coming weeks, and specific program details will be passed on to senior coaches.

Extravaganza groups and rules released for 2015

Extravaganza results updated to Round 2
Scroll to top